A solution still looking for a problem

A decade is enough time to see that the ethanol mandate isn’t working.

They say that time flies when you’re having fun. But when it comes to the law that created the Renewable Fuel Standard, whose 10th anniversary we observed this month, it’s hard to argue anyone is enjoying themselves – other than producers of corn-based ethanol, that is. They’re celebrating a system that makes consumers buy their product whether they want it or not. 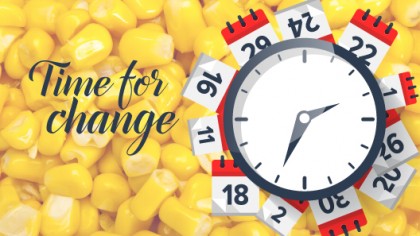 Back in 2005, when Congress was debating the comprehensive energy package that included the Renewable Fuel Standard, the biggest argument supporters made was the need to reduce America’s dependence on foreign oil.

Ten years later, America’s energy security indeed has been strengthened, and U.S. oil imports have dropped. But it would be a stretch – if not an outright falsehood – to credit the nation’s ethanol mandates for this development.

The numbers tell the tale. Consider this point from FillUpOnFacts.com, a website from the American Petroleum Institute:

A weak economy has also helped reduce U.S. oil demand over that period. But the biggest part of the equation is the new supplies of oil coming from shale regions in North Dakota, Texas, and elsewhere.

Simply put, the Renewable Fuel Standard has had virtually nothing to do with it.

Similarly, there is no evidence of environmental benefits to justify the costs that refiners and motorists must bear. That’s important to keep in mind because another selling point for corn-based ethanol was that it would help reduce greenhouse gas emissions.

Again, the great reduction in emissions the U.S. has experienced over the last decade comes courtesy of new efficiencies and technologies from the petroleum industry, not biofuels producers.

Our industry’s efforts in the Marcellus and Utica shale regions have produced record volumes of cleaner burning natural gas for America’s power plants. These supplies have helped displace coal-fired electricity generation, slashing emissions in the process.

Despite this litany of failures, ethanol enthusiasts feel qualified to offer a remedy.

Not surprisingly, it involves the government mandating the addition of even more biofuels into the country’s motor fuel supply, notwithstanding evidence that nearly 90 percent of the country’s motor vehicles are not warranted for use of gasoline with more than 10 percent ethanol.

A decade has been enough time to see that the government-mandated Renewable Fuel Standard isn’t working. The WHO’s updated estimates on deaths from household air pollution offer a sobering reminder of the universal human need for energy and modern energy infrastructure. CO2 emissions are at levels not seen since the mid-1990s, when our nation’s economy and our energy demand were considerably smaller. That’s profoundly good news.