Powering toward a total defeat of malaria

In Sub-Saharan Africa, the line between victory and defeat can be as thin as a mosquito net.

Atai Okokon, a pharmacist and champion of public health in her native Nigeria, knows what it takes to win the fight against malaria. But, she also has seen how the disease spreads indiscriminately, even to her own son, Tomiwa.

“Malaria doesn’t respect anybody,” said Atai, who received her public health degree from the University of Oxford. “I’m a pharmacist, and I know a lot about malaria, but my son still contracted malaria.”

Today, Tomiwa is a growing boy, having survived his bout after a week-long stay in the hospital and an aggressive blood transfusion schedule. But, in a country that accounts for an estimated 30% of all malaria cases in Africa, Atai’s work to eliminate the disease remains.

Still, Atai is optimistic malaria can be eliminated, a belief that is borne out by recent declines in reported cases around the world. Between 2010 and 2015, incidents of malaria dropped 21 percent globally, and the malaria mortality rates for children under five fell 35 percent, according to the World Health Organization.

In Nigeria, multilateral organizations like the World Health Organization and bilateral donors like the U.S. President’s Malaria Initiative have been instrumental in assisting the government of Nigeria in reducing malaria cases, as have collaborations with the private sector and regional nonprofit organizations.

In Abuja, the nation’s capital, one piece of this outreach mosaic is the partnership among ExxonMobil, the National Basketball Association and Africare, a nonprofit dedicated to development on the continent. The program, called Power Forward, leverages the power of basketball to teach life and leadership skills, and raises awareness of public health issues to high school students – both boys and girls. In a country where unemployment among young people is 25 percent, the program also promotes youth empowerment initiatives.

“Sports can teach you the sweetness of victory and the bitterness of losing,” Atai said. “But, it’s not just sports. This is about discipline, perseverance and tenacity, all of which build the foundation needed to succeed in life.”

Launched in 2011, Power Forward advocates for malaria prevention through the distribution of long-lasting, insecticide-treated nets, the promotion of malaria testing awareness, and controlling animals that attract mosquitos.

Malaria prevention and practicing three-pointers may not seem like a natural fit, but for Dr. Orode Doherty, pediatrician and public health specialist and the Country Director of Africare, the implementing partner of the Power Forward program, there’s a clear connection between the two.

“Participants get to engage in a sport where they can see legends and people who made it,” she said. “The professionals reinforce to the kids that it’s not just sport. It’s about discipline, integrity, ethical behavior, teamwork and caring for people around you – all attributes needed to develop as community leaders and public health champions.”

Atai, an ExxonMobil Global Health Scholar at the University of Oxford, spoke to the 120 students during the 2017 graduation ceremony last fall. 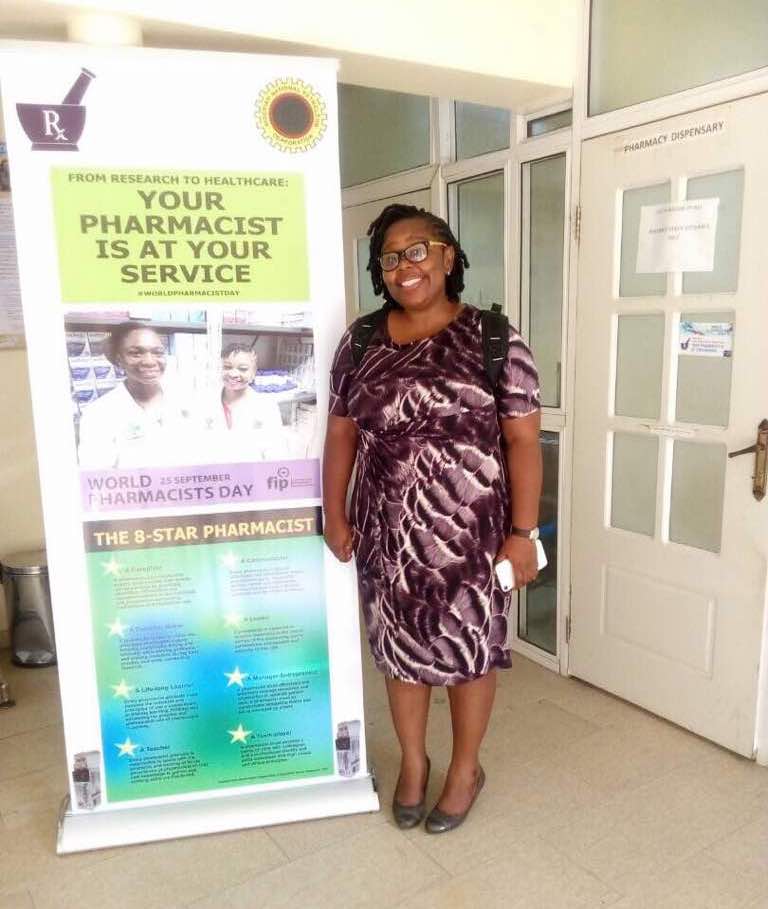 “You learn from your losses, and it pushes you to win,” Atai said, linking what those students face on and off the court. “Success, though, is about how many lives have been made better because of you.”

As for Atai, she needs only to look at her son, Tomiwa, for a reminder of a big win and a near loss.