This World Malaria Day we talk with Dr. Regina Rabinovich,* one of the foremost leaders in malaria prevention and eradication, about the effort it takes to curb and ultimately beat the deadly disease. With operations in a number of countries where malaria exists, ExxonMobil has made it a top priority to combat the disease and ensure the well-being of those whom it could affect.

EF: In 2000 the UN set goals pertaining to the reduction of deadly diseases, including malaria. More than 15 years later, where do we stand in the fight against malaria? 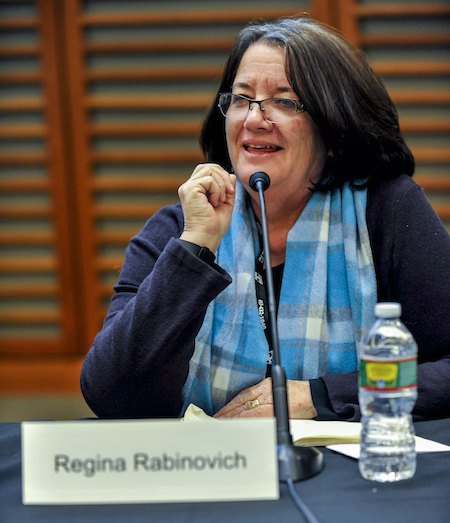 RR: Malaria deaths are down dramatically around the world and especially in Africa—the decrease has been about 60 percent from 2000 levels.

But in 2000 the idea of malaria eradication was inconceivable; the best anyone could aim for was to control it. The tools launched over the past decade to fight malaria have been scaled. The bottom line is that today’s interventions are making a tremendous impact on death from malaria.

EF: How do we maintain this extraordinary progress?

RR: Insecticides and bed nets to keep malaria-carrying mosquitoes at bay, and effective treatments and diagnosis have enabled significant progress against malaria, but without strong political and financial commitments to completely eradicate malaria from the planet in the long term, there’s always a risk that it could resurge.

Sri Lanka is a good of example of what it is possible. A couple of decades ago they were near eradication but because the disease was affecting fewer people, it got less attention, and malaria soared back up. Following this, the government worked to break the transmission cycle and put in robust disease surveillance systems to respond quickly to infections and eliminate every last parasite. Last year, Sri Lanka was declared malaria-free.

EF: What opportunities and threats to do you see for continued progress against malaria?

RR: As for opportunities, what has really made the difference is vector control—keeping people from getting bitten by mosquitoes that carry malaria parasites. Bed nets and spraying have averted more cases of malaria than any other single intervention. New technologies offer a chance to develop new tools, such as a vaccine, that don’t rely on behavior change to be effective, as traditional methods do. Other out-of-the box innovations, such as using drones for mapping malaria breeding sites, or drugs that can kill mosquitoes, can give us new tools to fight the disease.

We face many real threats to progress, including insecticide and drug resistance that could cause our best tools to fail. Another major challenge is that the malaria cases we see are only the tip of the iceberg, so to speak. Malaria spreads when a mosquito bites an infected person and then bites an uninfected person. If you only treat sick people, you are probably not doing enough to stop the disease.

EF: What are you most excited about for the future of malaria control and prevention?

RR: One thing that has changed dramatically from nearly 20 years ago, when I began working in malaria, is a shift in aspirations from controlling the disease to eliminating it. We’re discussing goals that didn’t even seem possible before. As our dreams grow, so do the challenges. At the same time, we are learning from experiences in the field and developing better strategies to combat the disease. As we continue to work smarter, I can see the dreams of ending malaria becoming a reality in more countries. WHO has identified 20 countries that target elimination in the next 5 years, and these countries are sharing information as they advance.

EF: How do you envision academia, industry and government working together to continue the fight into the future?

RR: I’ve remained steadfast in the belief that fighting malaria requires partnerships. We need scientists developing innovations, academics asking tough questions, policy makers supporting programs and funders finding creative ways to get resources to where they are most needed. Each sector must give its best, but these pieces can only go so far on their own. We need everyone aligned toward the same goal and coordinating their efforts to get to the end line.

The Sustainable Development Goals provide a framework for progress that values cross-sector collaboration. Over the next decade, this will create new opportunities to engage with non-health fields that can be helpful – agriculture, education, urban planning – to achieving our health goals. Malaria efforts can be a keystone to progress in health.