ExxonMobil walks along Mexico’s journey into an open market

Carretera Federal Mexico 57, or Highway 57, is a major artery running down the spine of Mexico, connecting Texas to Querétaro, Mexico’s fifth-largest city. Drivers on that highway entering this colonial city about three hours north of Mexico City now see a Mobil gas station – a new neighbor in ...

Carretera Federal Mexico 57, or Highway 57, is a major artery running down the spine of Mexico, connecting Texas to Querétaro, Mexico’s fifth-largest city.

Drivers on that highway entering this colonial city about three hours north of Mexico City now see a Mobil gas station – a new neighbor in an ever-changing landscape.

The transformation within Querétaro’s business district, already bustling into a major aerospace hub, is the first step in a larger overhaul of the country’s energy sector. It was just four years ago that Mexico opened that sector, welcoming a growing field of competitors to what was one of the last major markets closed to private investment.

The station, one of eight ExxonMobil has opened in Querétaro, officially welcomed customers on December 6, and now provides drivers all the same amenities found in most gas stations across the rest of North America. It also offers Mexican consumers a new choice in fuel and services – something they haven’t had since the country closed its energy sector in the late 1930s.

The fuel at those Mobil pumps is flowing from ExxonMobil refineries in Texas via rail and private infrastructure links, in a supply chain wholly sourced by private investment. However, the company will invest $300 million to develop additional logistics, such as agreements with railroads, private pipelines and private terminals, as well as product inventories and brand and marketing programs. There are also plans to expand to around 50 service stations in and around Querétaro by the end of March. 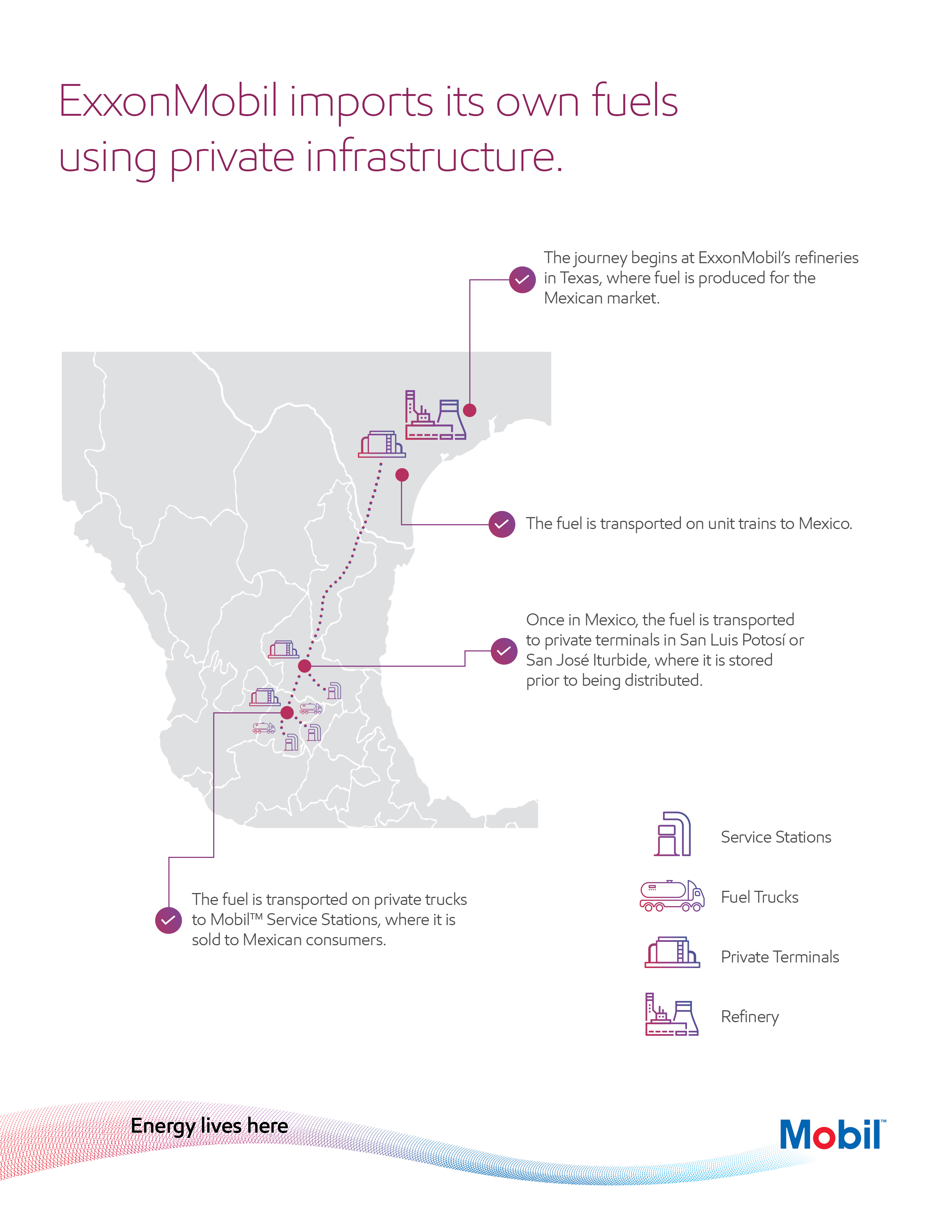 By relying on private logistics, instead of product and delivery systems already in place, ExxonMobil is adding resources in a deliberate and strategic process. It is not the fastest method, but in the long term, it means a more symbiotic relationship that would not have been possible just five years ago. Without a doubt, accessing oil reservoirs in the depths of the ocean is a challenge. It takes a feat of engineering – in the form of a very large ship – to extract the reserves buried under the ocean floor. That ship is known as a floating production storage and ...