Whether it’s flipping on lights, fueling at a gas station or turning on the air conditioner, energy is taken for granted in much of the world. But especially in developing countries, that convenience can still be elusive. Energy poverty, which affects more than a billion people around the world, hampers economic progress, local growth and personal enterprise.

Thanks to abundant supplies and a growing infrastructure, energy access is improving. And welcoming that supply is a growing middle class, which will drive energy demand through 2040. In fact, developing, or non-OECD, countries will account for 70% of the global energy demand in 2040, according to ExxonMobil’s 2019 Outlook for Energy.

Nowhere is this more prevalent than in Asia. Energy demand in that part of the world will increase 33% between 2017 and 2040, compared to an 11% decrease in Europe and almost no increase in North America.

As billions of people enter the middle class, that will mean more people are moving to urban centers and purchasing products that improve quality of life, such as refrigerators or air conditioners, requiring more energy.

That same story unfolds along Asia’s roads as well, with more people entering the middle class every year through 2040 and, in turn, requiring transportation of goods and services which will increase demand for transportation fuels throughout the region.

On the road, in the house and in between, the demand for energy in the developing world is real and will require new, cleaner energy solutions to help support this growth over the next two decades. 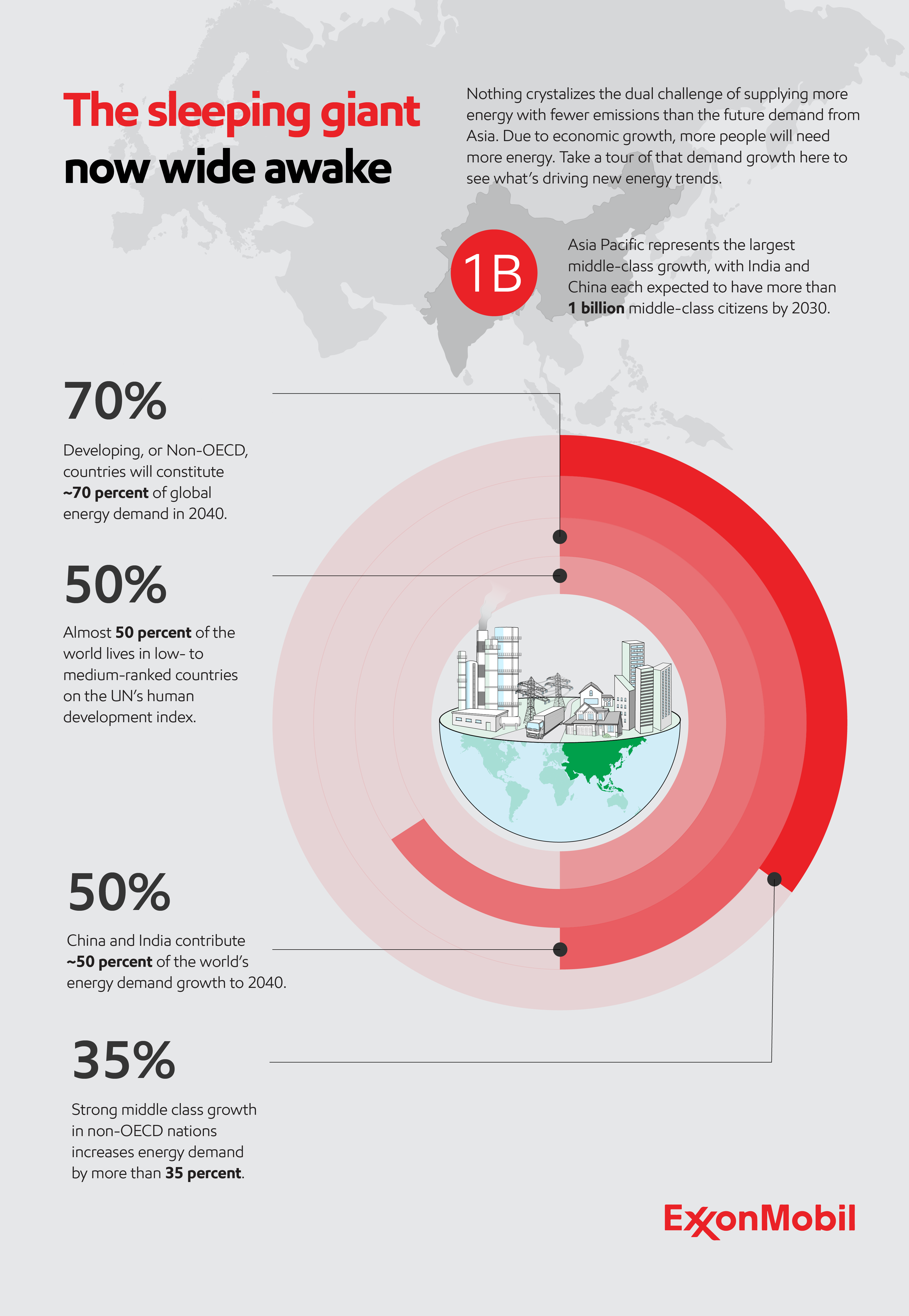 India: Innovating in one of the world’s largest energy markets

Driven by expanding populations and improving living standards, India and China will account for about half of the world’s energy demand in 2040. Meeting that increased energy demand while addressing the risk of climate change is a challenge that ExxonMobil is working on. Sustained economic growth in China, India and large parts of Asia is transforming the region. On the ground, this means more people are enjoying the benefits of rising living standards.