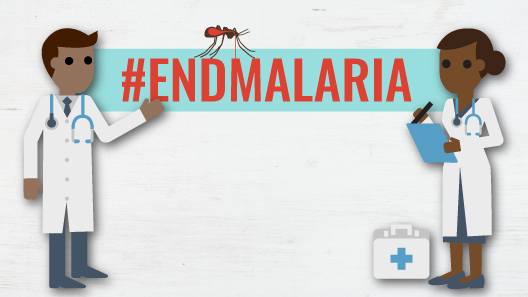 World Malaria Day: Where do we stand in the fight against malaria?

On World Malaria Day each year, I share an update on the global fight to defeat this terrible disease. In the twelve months since my last check-in, the world has witnessed several remarkable milestones that will transform the way we work to tackle malaria. Among these are achieving the Millennium ...

On World Malaria Day each year, I share an update on the global fight to defeat this terrible disease. In the twelve months since my last check-in, the world has witnessed several remarkable milestones that will transform the way we work to tackle malaria. Among these are achieving the Millennium Development Goals’ target to halt and begin to reverse the incidence of malaria, as well as the launch ofmultiple new strategies to accelerate progress.

Perhaps most significantly, the world is now talking seriously about ending malaria for good, a shift in focus from containing and combatting to outright elimination that is both positive and profound.

At ExxonMobil, we are proud of the role we have played in more than 15 years of work and dedication that have helped bring the global effort against malaria to this moment. We’re fortunate to partner with inspiring organizations, implementing effective programs that have reached more than 125 million people since 2000.

As we enter into this optimistic new phase in the effort to defeat malaria, it’s important to keep in mind the significant challenges we face in fighting a disease that claims nearly a half million lives annually – challenges that underscore the need to remain diligent.

Despite the progress we have made so far, there are increasing signs that malaria parasites are learning to evade our powerful antimalarial drugs. If this antimalarial resistance continues to spread, it could completely reverse the progress of the past 15 years. It will take a concerted, coordinated effort to keep the threat at bay.

Several of our partners are doing important work to gather the data we need to understand the scope of the problem, and are racing to develop new tools that could replace our current drugs. This includes several strategies being tested by researchers at theWorldwide Antimalarial Resistance Network to provide enhanced surveillance research into containment of drug resistance, as well as to integrate research into insecticide resistance.

Moreover, we can’t lose sight of making sure more people have the right tools to protect themselves from infection, and can quickly access care from trained health workers with the best treatment options available. Strong health systems help not only in the fight against malaria but against all diseases.

For me, World Malaria Day has always been a day to look forward – to hitting new milestones and, ultimately, to eradicating malaria completely. This year, with that ambition coming more and more within reach, I am more optimistic than ever. But I know we cannot be complacent, we must redouble our efforts.