Alyssa Carson is packing for Mars. Determined to be on the first mission to the red planet, she is studying four languages and completing rigorous training requirements. Along the way, Alyssa hopes to inspire other girls interested in STEM (science, technology, engineering and math) subjects to retain their focus as they ...

Alyssa Carson is packing for Mars. Determined to be on the first mission to the red planet, she is studying four languages and completing rigorous training requirements. Along the way, Alyssa hopes to inspire other girls interested in STEM (science, technology, engineering and math) subjects to retain their focus as they continue through school. Her most recent opportunity to do so was at ExxonMobil’s Introduce a Girl to Engineering Day, a company-wide program in the United States that encourages young women to pursue careers in engineering and promotes curiosity among middle school students. The event in her hometown of Baton Rouge, Louisiana, was geared toward showing young people in the community that engineering careers are not only exciting, rewarding and diverse, but also offer the power to make a difference in society.

Q: You decided you wanted to go to Mars when you were three. Now that you’re 15 do you still want to go?

AC: When I was younger, I just thought, “Oh, Mars would be a cool place to go! Why not go?” But as I’ve gotten older, I’ve realized the bigger picture, how much we can benefit by going to Mars. What I want to do is for the greater good of humankind – it will help a lot of people in the far, far future.

Q: Let’s talk about some of the engineering innovations and technologies that will help you get to Mars.

AC: One is the space launch system. Parts of it are being built now, but they’re constantly testing it and trying new ideas to perfect it. Another one is finding solutions to the radiation level between here and Mars. We’re also working on having an improved food 3-D printer on the mission to Mars. So just innovating those new technologies that can help solve some of the problems we still have. 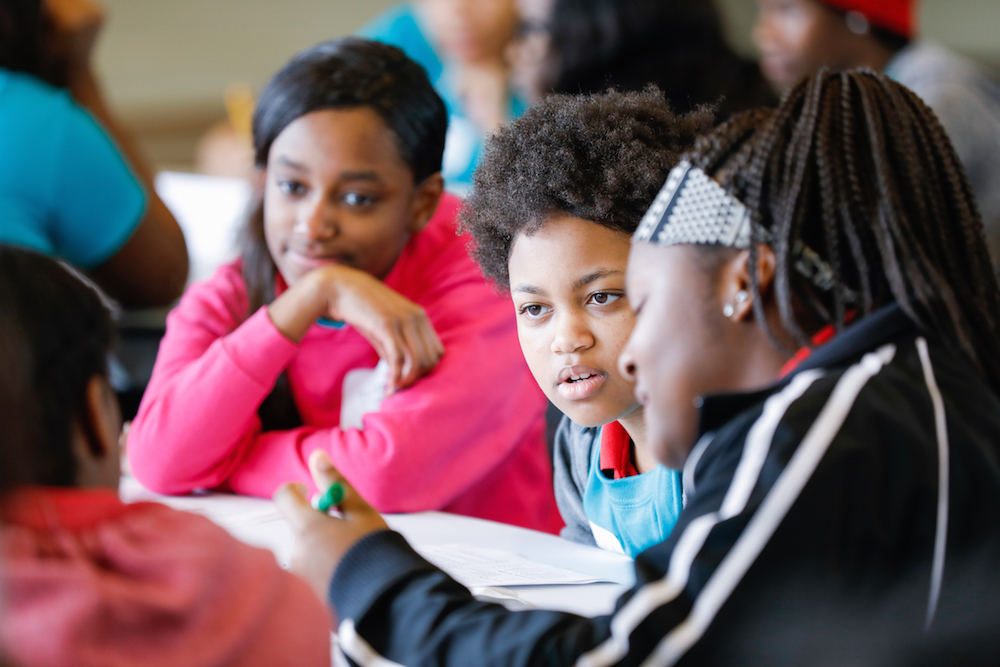 During the STEM event, student participants discuss what items they would choose to take to Mars.

Q: Is Mars the end goal or would you change your plans if you could go to another planet?

AC: The main reason we’re aiming for Mars right now is because it’s the closest planet to us, and basically the next place we can go. I think that’s why Mars is so important – to show everyone that we can land on another planet, we can live on another planet. So it’s just getting people to start thinking in that mentality.

If we just stay on Earth, eventually the sun is going to burn out and, if not, something else will happen before then, so it’s all about pushing that future space exploration.

Q: What kind of astronaut do you want to be, and what classes do you have to take to prepare for your career?

AC: So, I’ve always wanted to be the mission specialist. The one who goes out and does experiments, does the research and collects samples. To do that I would focus on geology and biology, and I’d major in astrobiology. That would prepare me to explore different water samples, soil, and the history of Mars. 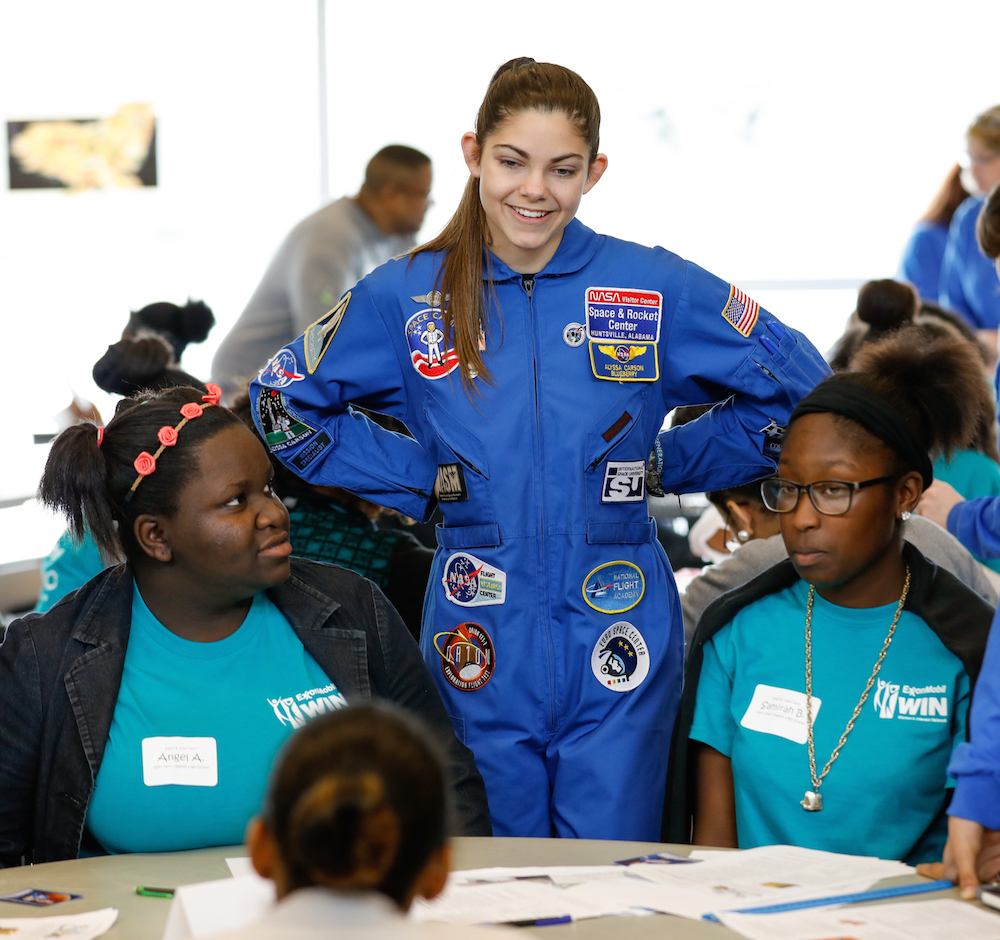 Alyssa chats with students about their STEM studies.

Q: What is the most difficult part of your technical training?

AC: One thing that was difficult was G-force [gravity force] training. We were in an airplane, and the plane was doing 4-G turns, so you feel like there’s four of you sitting on top of you. It’s all about showing you the different pressures you feel when launching.

Students at ExxonMobil’s Introduce a Girl to Engineering Day work with Dippin’ Dots as part of a science demonstration.

Q: If you were lifting off for Mars and wanted to leave a last bit of advice for girls interested in STEM, what would it be?

AC: I’d say don’t be afraid to ask people for help. Tell them what your goal is, so they know what you’re going after and can help you in any way they can.

My saying that I want to be an astronaut and go to Mars is an absolutely crazy thing to say, but no matter how crazy it sounds, my message is always to go after your goal, definitely if it’s something you’re interested in, and not letting anyone take that away from you.