On Saturday morning, Dan Misko took a warm shower and did a load of laundry.

A shower and some fresh clothes. This doesn’t seem like a big deal, but when you haven’t had access to either for several days, it means the world. Misko lives in Beaumont, Texas, and felt the wrath of Hurricane Harvey, which devastated the region and knocked out the city’s water supplies.

In the days that followed, Misko and a team of about 60 people – a combination of ExxonMobil personnel, city employees and contractors from Tiger Industries, Echo and Bomac – worked with the city day and night to come up with a temporary solution to help restore its water service.

“It was Wednesday morning, and I was getting ready to head over to the refinery, but there was absolutely no water coming out of my shower,” Misko recalls.

Over the previous week, more than 47 inches of rain fell in the Beaumont–Port Arthur area. Because of the downpour, the Neches River swelled to more than 20 feet around the utility’s pumping station, knocking out pumps at the city’s water plant. The plant processes more than 21 million gallons of water a day to serve a community of more than 100,000 people. 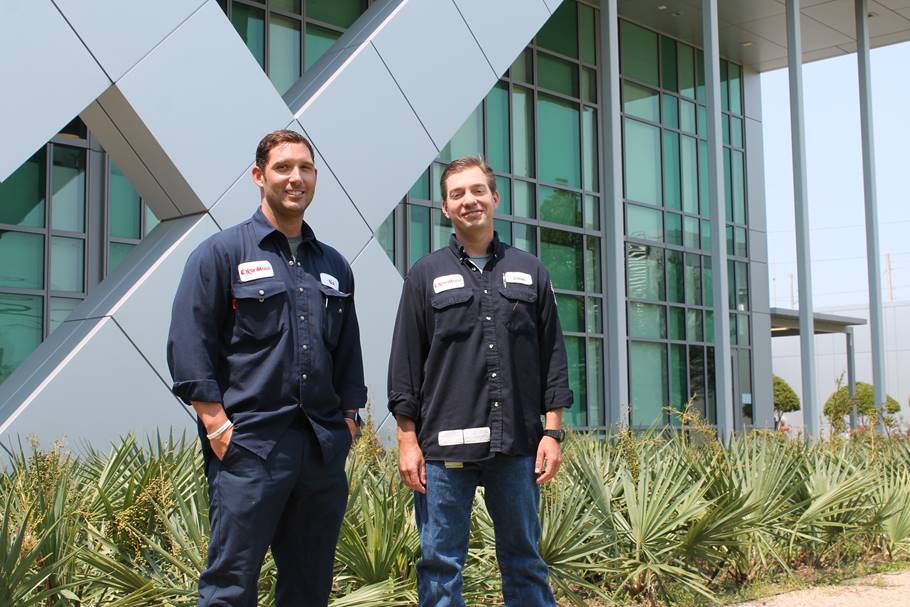 Misko has spent the past two years of his 12-year ExxonMobil career at the company’s Beaumont integrated refining and chemical facility. Misko connected with mechanical supervisor Nick Schwartzenburg, and together they reached out to city officials to let them know that ExxonMobil was ready to help bring clean water back to Beaumont.

Refining and water pumping, it turns out, share a few things in common. Both activities rely on pipes, valves and pressure to transport and process liquids.

“We have a wealth of experience building and operating pipelines,” Misko said. “In this case, we needed to build pipelines to connect to the Neches River and pump it to the utility.”

Easier said than done. Misko, Schwartzenburg and their team grabbed excess plastic pipes from the refinery and moved them to the water plant. The intense downpours had made it difficult to access the terrain, but crews were able to begin construction the day after the storm hit. Crews were deployed around the clock for the next 72 hours to build eight 600-foot-long pipelines.

By Sunday, eight temporary pumps had been installed, and water pressure across the city was improving, although subject to intermittent outages.

Bringing water back to Beaumont called for some quick thinking, including crafting a device to connect and seal the pumps’ pipes together. Several people involved in the project were dealing with their own recovery, and some had been flooded out of their homes. But ExxonMobil, local contractors, city officials and the surrounding community came together to help others when they were needed the most.

“Everyone at ExxonMobil takes pride in being problem solvers and finding solutions that help the entire community,” Misko said.