It happened at the World’s Fair

When President Kennedy opened the 1962 Seattle World’s Fair, he described the exhibition as “a bridge that will carry us confidently toward the 21st century.” Scientific progress was the main feature of the Fair, with the goal being to mirror the world’s future. More than 50 years later, we look back at one “futuristic” concept in particular that truly hit the mark.

The iconic Seattle Space Needle was erected specifically for the Fair. Futuristic automobiles were on display, like General Motor’s Firebird III, which looked like something out of a Jules Verne novel. Visitors explored the “World of Tomorrow,” where cars drove themselves along an electric highway. Futuristic computer-based libraries wowed audiences with high-speed data and information retrieval. And in the “Pavilion of Electric Power” visitors marveled at a 40-foot functional model of a hydraulic dam.

There, too, was Mobil Oil. The company unveiled its driving simulator, the Mobil Economy Run, which allowed visitors to compete to see who could drive with the greatest fuel efficiency. A dozen drivers played at a time, sitting behind the wheel of a car, solving driving situations that appeared on a video screen in front of each seat.

The goal was to maintain speed despite changing conditions, stressing the importance of both the fuel and the driver in the pursuit of greater efficiency. This pursuit continues today and has been realized most recently by ExxonMobil’s latest advancement in fuel-efficient gasoline, Synergy. 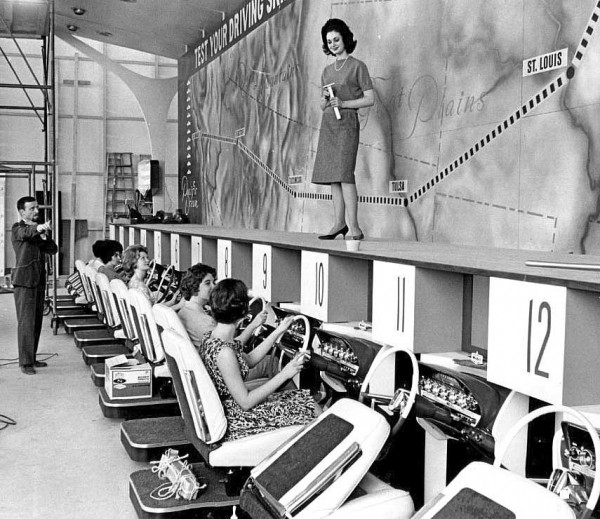 The simulator was new but Mobil had been staging the Economy Runs on America’s roads for decades. It was a unique racing event held since 1936 in which manufacturers competed head-to-head on the basis of fuel economy. These were the fuel-efficiency tests of the time, and automakers would use a victory in the Economy Run as a major selling point for their cars.

The Seattle World’s Fair offered a chance to demonstrate firsthand to everyday drivers the importance of fuel economy – in 1962 and in the future. Once again, the Fair seemed prescient. A look back shows us how much has changed, and how much remains the same as we imagine our own future.