A nation of frackers

But one key thing they all have in common is they contribute directly to – as well as benefit from – the nation’s fracking revolution. That’s right. Even though large-scale unconventional energy production from hydraulic fracturing and horizontal drilling does not occur in these states, each of them is playing a part in the North American energy transformation.

That’s because manufacturers and suppliers in these states are producing the tools and materiel needed for fracking to move forward elsewhere. Consequently, these companies are providing economic stimulus in non-fracking states while filling local coffers with tax revenues.

A new study courtesy of IHS Economics shows how this works. The consultancy has been conducting a deep-dive look into the constituent parts of the unconventional oil and natural gas supply chain over the past year in order to show the likely effects of removing the ban on crude exports.

As part of this effort, this week the group issued a paper focusing on one of the essential pieces of equipment in the supply chain needed to hydraulically fracture a well: the “frac truck,” which is used to pump fluids down wells at high pressures and rates.

A frac truck consists of three major components – the engine, transmission, and pump. Producing these and the other minor components used in fracking calls on the know-how of manufacturers all over the United States, from the transportation equipment suppliers of the Midwest to the technicians in the Golden State supplying electronic controls. 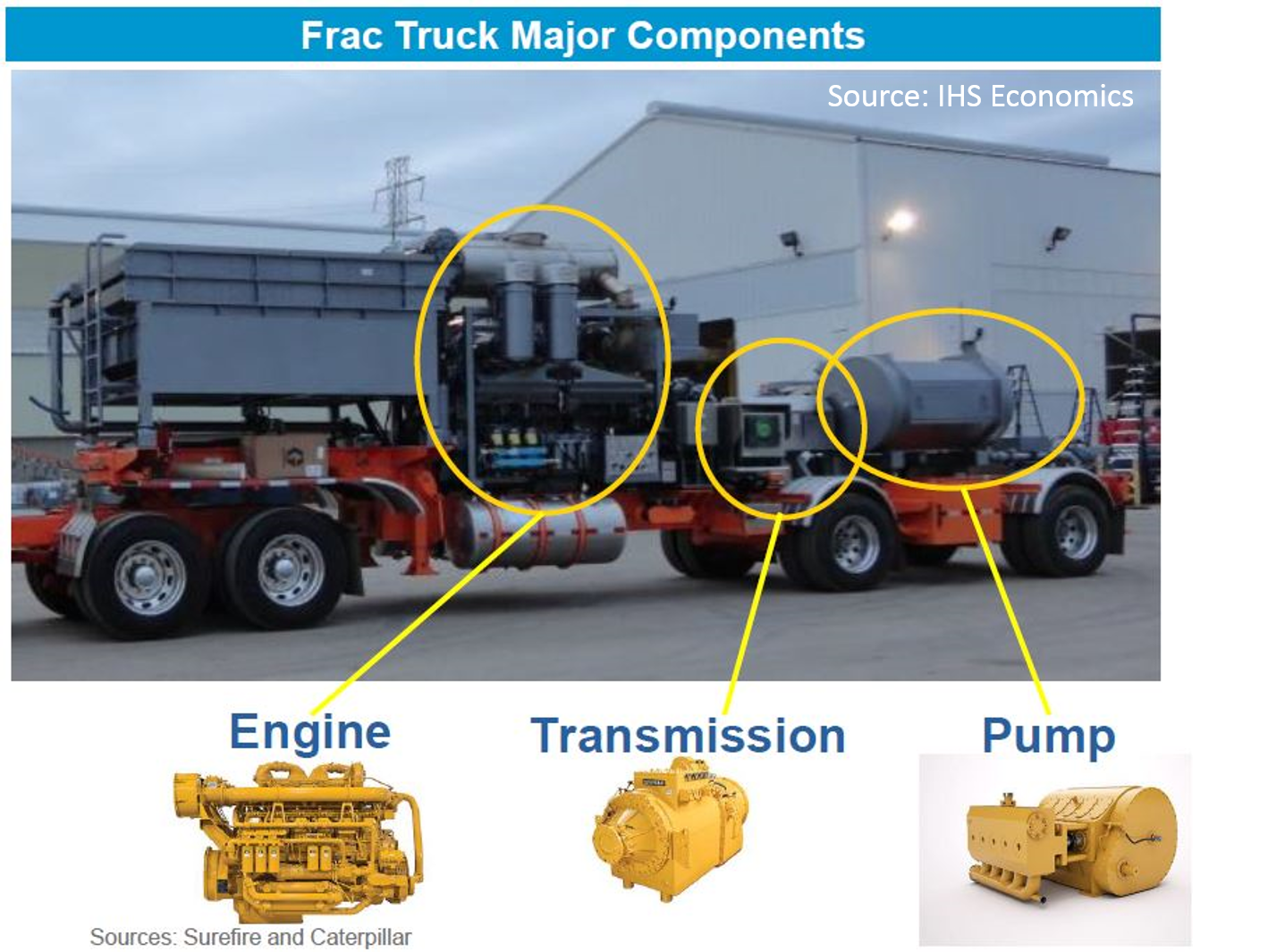 Consider frac pumps. Their frames may be produced in Alabama, their connecting rods in Minnesota, and their flanges in Louisiana. Meanwhile tractors are manufactured in Washington, engines and castings in Illinois, fuel systems in Michigan, and so on.

The geographical diversity of those supplying the equipment needed to coax unconventional supplies of oil and natural gas to the surface shows the far-flung nature of fracking manufacturing.

All told, there are 17 U.S. states with manufacturing that directly supports the production of frac trucks used for hydraulic fracturing in the country’s major shale plays. The number jumps to 28 if you also consider major distributors for frac-truck parts.

Keep in mind this is just the supply chain for frac trucks – other parts of the fracking process rely on suppliers and distributors from even more states. Fracking is a national activity, with benefits that extend across the country.

None of this should be a surprise – IHS has long shown how the economic gains from shale energy development cross state borders. That’s enormously helpful, as are the group’s efforts to show what goes into fracking an oil or natural gas well.

This latest installment does a good job of both tasks. I encourage everyone to read it and become better acquainted with the technologies that are changing our economy.