It’s hard to figure out the Empire State.

Officials in Albany just formalized the state’s ban on hydraulic fracturing in New York’s portion of the Marcellus Shale, despite abundant evidence, including research from the U.S. Environmental Protection Agency, that fracking is safe. 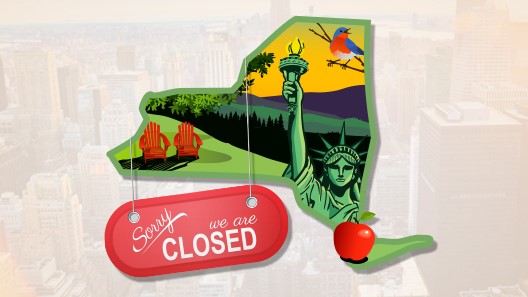 Yet at virtually the same time, Governor Cuomo’s administration released its 2015 New York State Energy Plan which, curiously, advocates for New Yorkers to use more and more natural gas in the coming decades.

Just where do they think this natural gas should come from?

Joe Massaro of Energy in Depth notes that New York already relies heavily on natural gas, which accounts for roughly one-third of the state’s total primary energy use.

Again, where do New York officials think that gas should come from?

Apparently elsewhere, as the state’s fracking moratorium suggests. Indeed, the authors of the 2015 energy plan write:

It makes you wonder why New York officials want natural gas to be a part of the state’s energy mix at all.

But that’s only one half of the story.

Governor Cuomo’s administration seems content to ignore the other half, which is the lesson learned by states such as Pennsylvania, Ohio, North Dakota, Texas, and others – namely, that increased energy production in a region offers additional benefits in terms of jobs, economic growth, and government revenues.

For that reason, you might think that encouraging Marcellus Shale development would be appealing to a state like New York whose economy outside of New York City has been on the ropes for decades. The Manhattan Institute estimates that the 28 counties in New York above the Marcellus Shale could see incomes rise by 15 percent or more if shale energy development were allowed.

So it is ironic the Gov. Cuomo’s energy officials claim their plan offers a “comprehensive strategy to create economic opportunities for communities and individual customers throughout New York.”