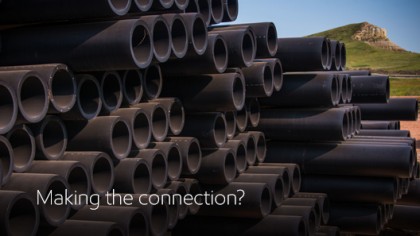 If the natural-gas-driven manufacturing renaissance in the United States is to continue, then infrastructure is going to have to keep up with the expected large growth in domestic natural gas demand over the next decade.

That means we need pipelines.

As we observe national Infrastructure Week, it’s important that policymakers better understand the connection between critical energy infrastructure and our nation’s economy.

A new report from IHS Consulting for the National Association of Manufacturers (NAM) lays out the issues involved.

The abundance of natural gas from America’s shale fields has lowered energy and production costs for manufacturing businesses that use large amounts of gas as either fuel or feedstock.

Among the study’s key points is that this natural gas abundance should enable several industries – particularly chemicals, metals, food, and refining – to outperform the U.S. economy as a whole over the next decade.

But for that to actually happen, we need to be serious about building the pipeline infrastructure that can get needed natural gas supplies to markets and manufacturing centers.

According to IHS, “The combination of increased access to shale gas and the transmission [pipelines] that move that affordable energy to manufacturers across America meant 1.9 million jobs in 2015 alone.”

If we want to see that sort of economic contribution repeated, we can’t ignore the need for infrastructure investment.

The NAM/IHS report came out just days after New York officials did just that – rejecting a permit needed to build the proposed Constitution Pipeline. That project was designed to connect natural gas supplies from Pennsylvania to markets in the northeast United States.

The report places the Empire State’s decision in stark relief against the country’s need for more natural gas pipelines to support economic growth. Let’s hope it gets wide distribution.