Thanks to the dedication and hard work of the global health community, the world has made significant advancements in the fight against malaria over the last two decades.

Since 2000, malaria mortality rates have dropped by 60% worldwide, and the World Health Organization (WHO) estimates that over 1 billion cases of malaria have been averted.1

Twenty years ago, we joined international efforts to prevent and control malaria by launching the ExxonMobil Malaria Initiative. What began as a program to protect workers, their families and local communities in Chad and Cameroon has since developed into a global initiative to help strengthen health systems to better prevent, diagnose and treat malaria.

ExxonMobil is proud to have played a role in the progress against malaria. Since 2000, we have committed over $170 million to organizations leading the global malaria response.2 Through these investments and partnerships with groups like Jhpiego, ADPP Angola, Grassroot Soccer, PanAfricare and the Harvard T.H. Chan School of Public Health, we have reached more than 125 million people in malaria-endemic communities.2

In honor of World Malaria Day this Sunday, April 25, ExxonMobil applauds our partners and the frontline health workers who have worked tirelessly to combat malaria. Watch this video to learn more. 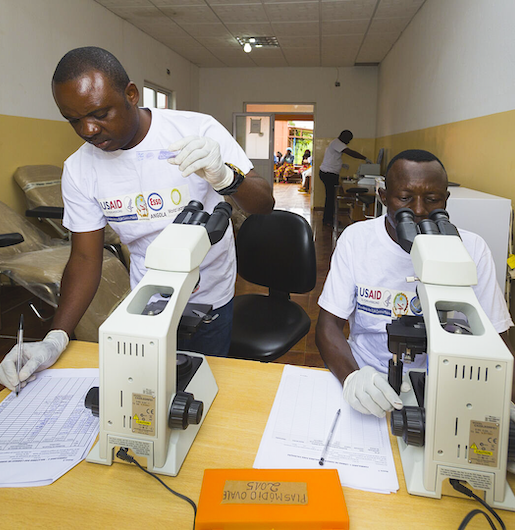 As part of our series celebrating 20 years of ExxonMobil’s malaria program, we’re highlighting some accomplishments in research and innovation. An integrated effort to combat malaria

Twenty years ago, ExxonMobil joined the global fight against malaria.