America’s largest ports handled in excess of 18,000 containership calls to its shores in 2015. This means more than one billion tonnes of merchandise was processed – which one way or another was ultimately consumed by Americans. This snapshot of the supply-chain is largely unseen by most shoppers, but the ...

America’s largest ports handled in excess of 18,000 containership calls to its shores in 2015. This means more than one billion tonnes of merchandise was processed – which one way or another was ultimately consumed by Americans.

This snapshot of the supply-chain is largely unseen by most shoppers, but the large cranes lifting containers from these cargo ships represent the lifeblood of the economy, feeding both American household needs and wants.

While the containerships responsible for supplying goods to consumers have consistently grown in size over the decades, one of the latest technological improvements ahead for these vessels will be what they consume themselves.

Today, large, diesel engines are being developed with the ability to also burn LNG as a fuel. And, while still in its early stages, the adoption of LNG-fueled propulsion by the shipping industry looks to be an attractive solution to meet emissions regulations along the world’s trade routes.

According to ExxonMobil’s 2016 Outlook for Energy report, LNG currently accounts for less than one percent of total marine fuels worldwide. But, with the need to comply with those emission requirements along with an expected doubling of global economic growth, LNG will likely account for about one-fourth of the increase in marine fuel demand, raising its share to about 10 percent in 2040.

So far, early adopters of LNG span a diverse universe of ship operators, from car carriers crossing the Atlantic to passenger ferries running shorter journeys around Scandinavia. The world fleet of LNG-fueled engines consists of 97 vessels, with an additional 91 vessels on order.

Still, the move to LNG is a work in progress, with the industry working through technical and strategic elements.

Specifically, the industry will need to continue to develop more efficient tank design solutions for LNG storage on the vessel, as well as increase the availability of LNG for refuelling at ports around the globe. This also means working through the technical issues of converting fleets.

But change is under way, as energy providers, port authorities and infrastructure companies partner to build more terminals while standards evolve to promote the safety and best practice in the use of gas as a marine fuel.

With environmental stewardship as a driver, the marine industry is starting to embrace a transition to LNG, as well as set up the framework for its success. 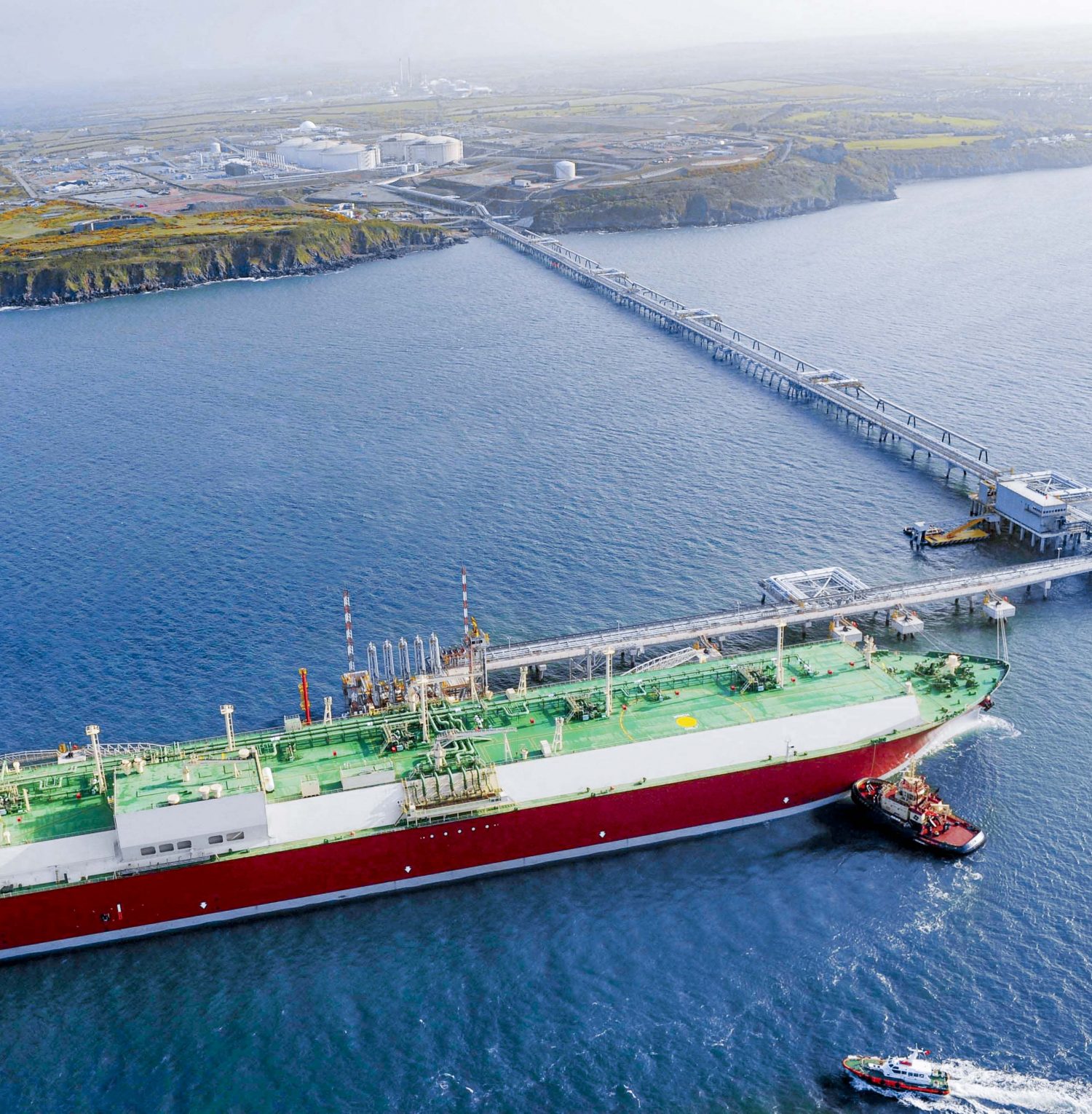 The bigger the ships, the fewer the trips

And people who need natural gas for power plants, fueling industrial complexes and everyday activities such as heating and cooking sometimes live far away from the resource. So a challenge for the oil and gas industry was figuring out how to economically and efficiently transport natural gas a very long ...