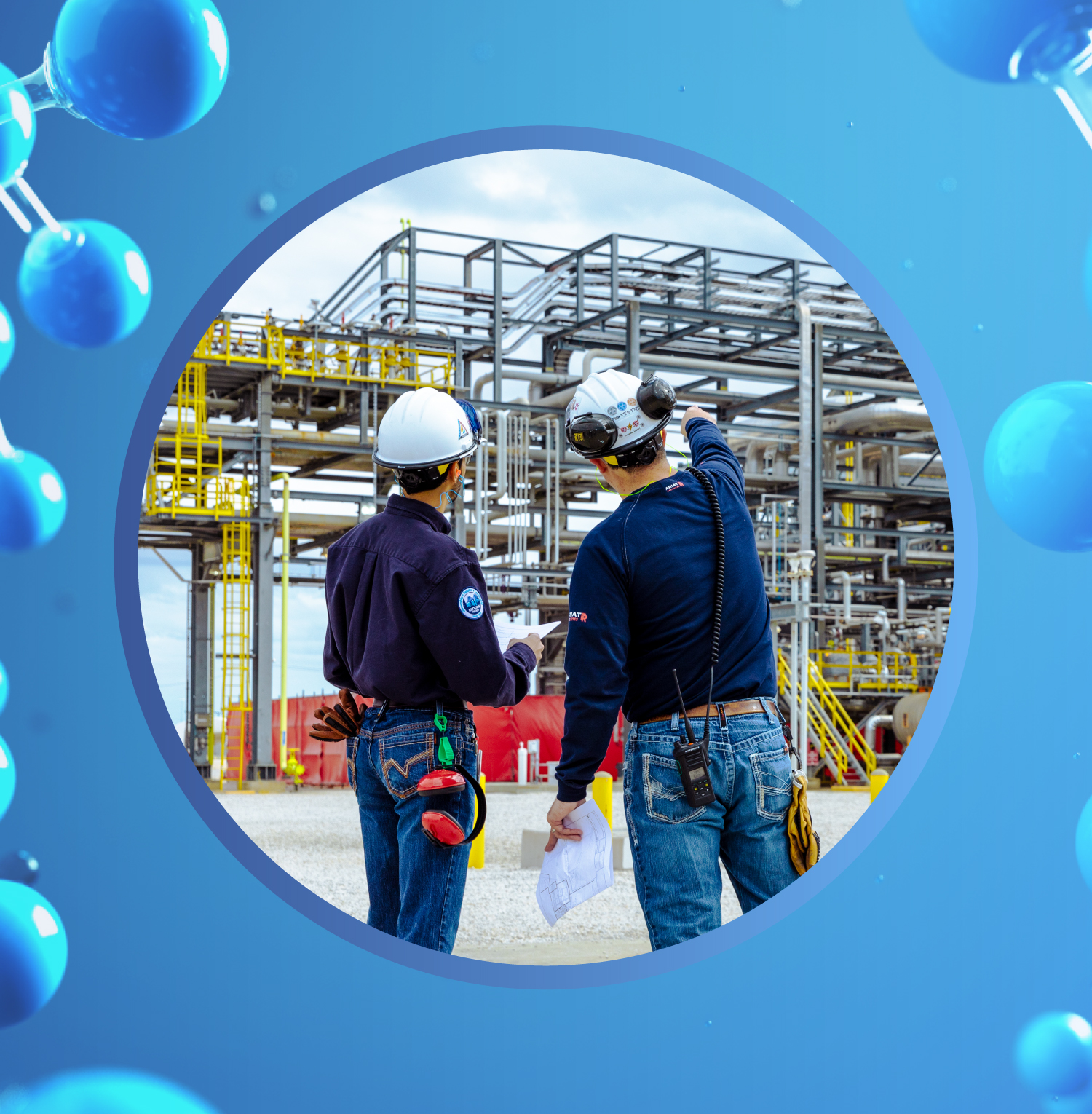 Low-carbon hydrogen: Fueling our Baytown facilities and our net-zero ambition

Today we announced an exciting initiative as part of ExxonMobil’s efforts to reduce greenhouse gas emissions from our operations in support of our net-zero 2050 ambition.

ExxonMobil is planning its first world-scale plant for the production of low-carbon hydrogen at our refining and petrochemical facility at Baytown, Texas. There, we would produce up to 1 billion cubic feet per day of hydrogen made from natural gas, with approximately 95% of the associated CO2 captured and then safely stored underground.

This project would be a game changer – in two ways.

First, using hydrogen to fuel our olefins plant at Baytown could reduce site-wide CO2 emissions by up to 30% compared to current operations. The project would support ExxonMobil’s ambition to achieve net-zero greenhouse gas emissions (Scopes 1 and 2) across our operated assets by 2050.

This carbon capture and storage facility would mark ExxonMobil’s initial contribution to the Houston carbon capture hub concept we announced last year. Today, this concept has evolved into a cross-industry effort to capture and store up to 100 million metric tons of CO2 per year by 2040 from Houston-area power plants, refineries and petrochemical facilities, including our Baytown site.

Reducing our emissions at Baytown would benefit our customers by lowering the carbon footprint of the products we make there, including the modern polymers found in everything from medical equipment to cell phones and electric cars. We also plan to make this low-carbon hydrogen available to other Houston-area industrial facilities, to help them reduce their emissions.

So you can see why this project would be a game changer. It would enable us to reduce our greenhouse gas emissions at Baytown, help our customers reduce their emissions, and provide additional solutions to area industries. We expect to make a final investment decision in two or three years, subject to supportive government policy, necessary regulatory permits and market conditions.

Hydrogen is especially important in reducing greenhouse gas emissions for the hard-to-decarbonize sectors such as heavy industry. The International Energy Agency sees hydrogen and hydrogen-based fuels meeting 10 percent of global energy needs as part of its “Net Zero by 2050” scenario. Along with carbon capture and storage, it will be critical to achieving societal net-zero greenhouse gas emissions goals.

Governments can accelerate investments in these technologies by putting in place supportive policies, such as a price on carbon, which can help reduce costs and build new markets.

No single technology will get the world to net zero while maintaining the living standards today’s energy system supports. Experts agree we’ll need a range of solutions, including hydrogen and carbon capture and storage. ExxonMobil has deep expertise in both, and looks forward to helping advance these and other technologies to create sustainable solutions that improve quality of life and meet society’s evolving needs.

*Per U.S. EPA GHG calculator, based on 2021 data for gasoline-powered passenger vehicles The future of transportation fuels

The vital task of reducing greenhouse gas emissions across the transportation sector requires a portfolio of solutions. Discover the lower-emission fuel alternatives ExxonMobil is working on to help power the future of transportation. A bio-fueled future, with Tim McMinn

Energy Factor recently spoke with Tim McMinn, a senior technology advisor at ExxonMobil with more than 23 years of experience with the company. He is a member of the leadership team in the company’s Low Carbon Solutions business, which seeks to commercialize proven technologies to reduce carbon emissions across the industrial, power generation and transportation sectors. In this interview, Tim talks about ExxonMobil’s work with low-emission fuels.