Piloting the future of energy

Earlier today, FuelCell Energy, Inc. and ExxonMobil announced the selection of the James M. Barry Electric Generating Station, located near Mobile in Bucks, Alabama, as the site of a pilot project to test fuel-cell technology for capturing carbon-dioxide. This new approach has the potential to substantially reduce costs and lead to a more economical pathway toward large-scale application of carbon-capture technology.

Today’s announcement follows an agreement we entered into several months ago with FuelCell Energy – one of the world’s leading direct fuel-cell power plant companies – to collaborate on capturing carbon dioxide emissions from natural gas power plants. 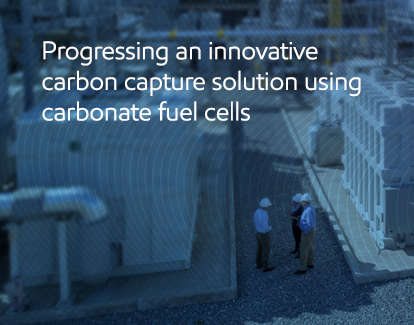 But unlike using conventional ways to do this – which are often expensive – we are going to investigate the promise of carbonate fuel cells to concentrate and capture carbon dioxide while generating electricity. See here for more detail. We think this approach could not only reduce overall emissions cost effectively, it could increase a power plant’s electrical output as well.

Seeing if we can take this approach from blueprints in a lab to an industrial scale is what led us to Mobile County. The 2.7 gigawatt Barry plant, which has both coal-fired and natural gas-fired units, has hosted previous carbon-capture research conducted by utility Alabama Power, subsidiary of Southern Company.

There’s a lot of work ahead, and it won’t be easy. There’s no guarantee it will work on a large scale. But if it does, it could be, to quote FuelCell Energy CEO Chip Bottone, “a game-changer” in affordably reducing emissions from power plants globally.

Read the Houston Chronicle’s FuelFix blog post about the project for more information.