How do you turn a frog into a prince?

Energy companies are looking to turn the fraction of heavy, low-quality oil at the bottom of any barrel of crude into cleaner, lower emission fuels.

Being at the “bottom of the barrel” for anything is never a desirable option. If you’re scraping the bottom of the barrel, you’ve got to be pretty desperate—that is, unless you’re a scientist and it’s a barrel of oil. In that case, you’re likely being a true innovator.

What’s at the bottom of a barrel of oil anyway? The short answer is typically lower-value products. An oil refinery typically processes crude to make products with a range of quality and value. The good stuff is largely used for premium products: gasoline and jet and diesel fuel. The heavier stuff, the stuff at the bottom of the barrel, is predominantly used for asphalt and fuel oil in places like thermal power stations.

But ExxonMobil is working to put this paradigm on its head. Driving much of the effort is Ken Del Rossi, manager of process technology at ExxonMobil. “If you can’t find a high-value use for what’s at the bottom of the barrel, it starts to become a limiting factor for what we can produce at a refinery,” he explained.

That’s why Del Rossi and his team of scientists and engineers at ExxonMobil are making the bottom of the barrel a top priority. They’re working on technology and processes to turn the low-quality heavy part into more efficient fuels or impactful lubes that grease up complex mechanics, such as the motors powering wind turbines.

“Demand for higher-quality motor fuels is trending up. For example, higher octane will be needed to fuel more efficient cars in the future,” Del Rossi says. “That trend looks pretty clear.”

Maybe so, but turning a product durable enough to pave roads into a substance meant to fuel futuristic vehicles doesn’t just happen by tweaking an existing process. It requires altering the actual properties of oil molecules, or “reshaping their carbon backbone.” In many ways it’s like turning a frog into a prince.

“The refineries that can figure out how to do that most efficiently and with the most advanced technology are the ones that will succeed,” says Del Rossi. Accordingly, ExxonMobil has its eye on refineries in geographical regions where heavy molecules are prevalent. The company’s Rotterdam, Netherlands, refinery is an example of refining facility that is already focused on upgrading heavy molecules to high-quality diesel and lubes.

With current trends dictating the need for higher-quality fuels for more efficient transportation, it is vital for oil companies to turn the bottom of the barrel into cleaner-burning fuels. “We’re looking at a world where our business is going to depend heavily on what’s coming out of research and development,” said Del Rossi, “because there will always be a bottom of the barrel challenge.” 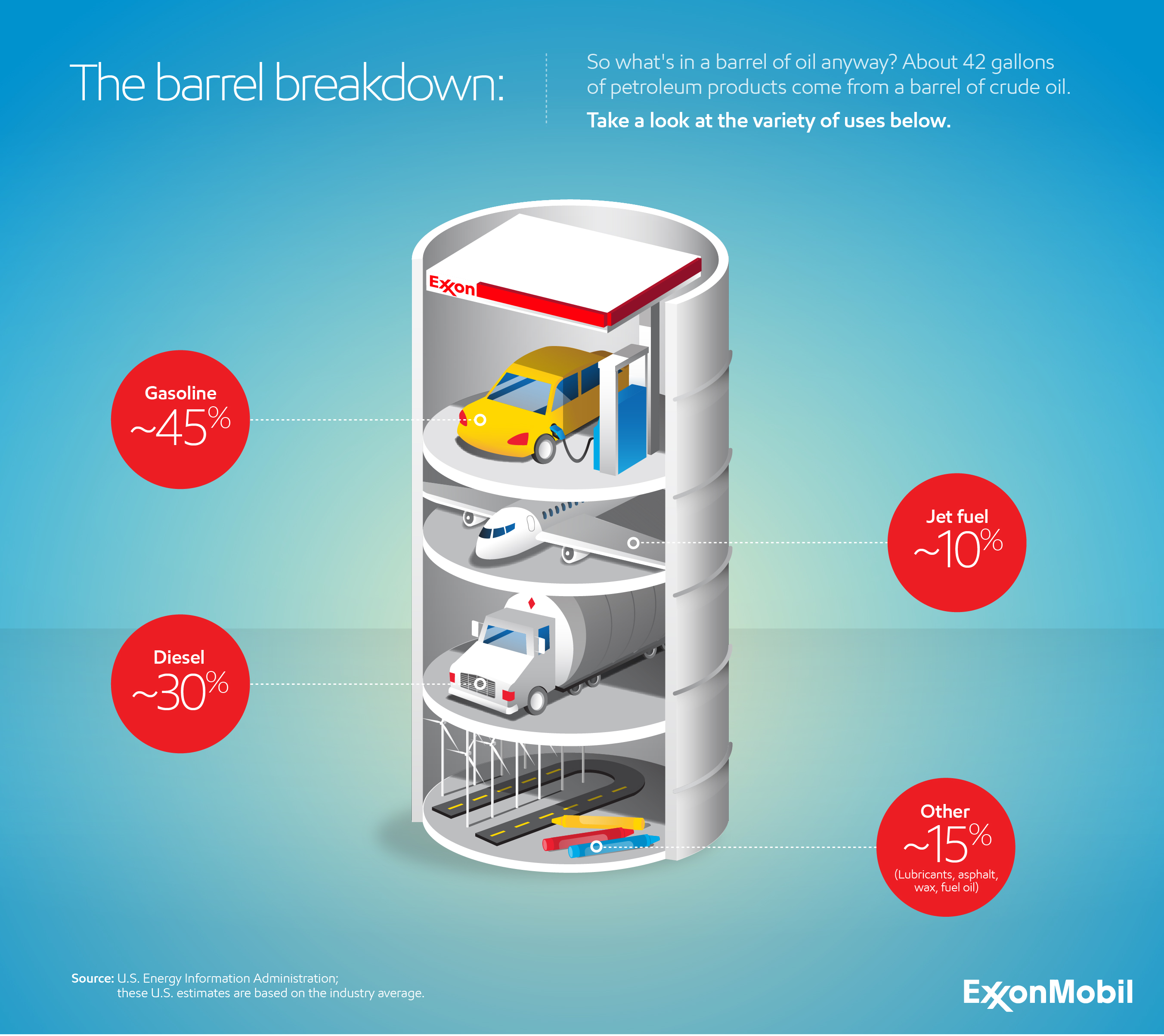